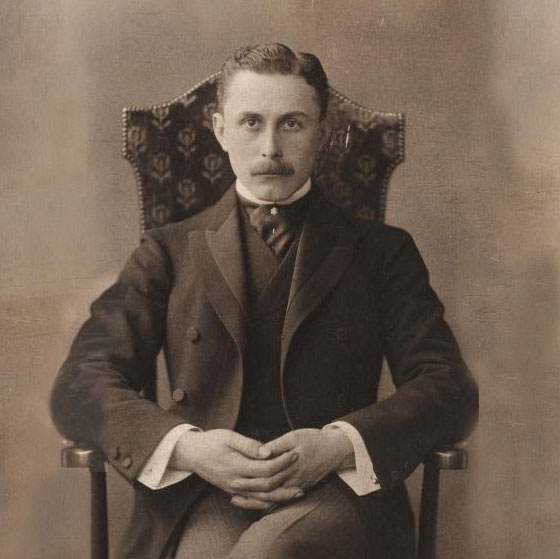 News by Paola Coronel20 October 202120 October 2021
HE IS CONSIDERED ONE OF THE FOREWORDS OF MODERN ARCHITECTURE, WHICH SHOULD BE NOT CONSIDERED AS A FORM OF ART, BUT A PURPOSE TO SATISFY THE WELL-BEING OF MAN. IT IS THE FUNCTION TO PURSUE AND NOT FANCY ASPECTS LIKE DECORATION. WE ASKED ADOLF LOOS TO BETTER EXPLAIN HIS THOUGHT.
Architect Loos, thank you for deciding to share your point of view on decor with our readers.

Why do you think decoration distracts from function?

Man has always decorated everything he had at hand: from his boat, to the oars, to his own skin with tattoos. For a long time, certainly for those of my generation, tattoos have always been synonymous with depravity if not delinquency: if you visit any prison, you will notice how most delinquents are tattooed. With this I should not say that anyone who is tattooed is a possible offender, but grant this simplification to a man of my age..

Over the centuries we have given the decoration an excessive value. Think of all the furnishings that enrich museum collections: they are just decorated objects. Everything that humanity has created without ornament, in the past millennia, has been thrown away without regard and doomed to destruction. We no longer own any carpenter's bench from the Carolingian age, but any junk that bore even the slightest ornament has been collected, cleaned and sumptuous palaces have been built to house it. 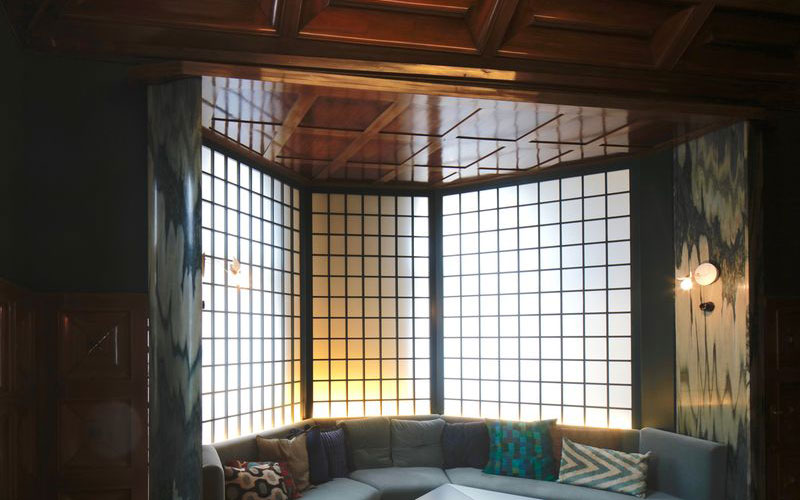 Each age has had its own style where by style we meant ornament. Don't you think that today, we live in a fairly modern era, to overcome this need? Personally, I do not think that ornament can increase the joy of living in an educated man and I do not agree with those who argue: "But if the ornament is beautiful ...!" If I want to eat a piece of gingerbread I will choose one that is all smooth and not one of those in the shape of a heart or a baby in swaddling clothes or a knight, completely covered with ornaments. The man of the fifteenth century will not understand me. But all modern men will understand me perfectly well. The defender of ornament believes that my drive towards simplicity is tantamount to mortification. No, illustrious professor of the School of Applied Arts, I do not mortify myself at all! It's just that I like it more like this. The culinary compositions of past centuries, which exhibited all possible ornaments to make peacocks, pheasants and lobsters appear more appetizing, have the opposite effect in me.

So, if the absence of decoration is synonymous with modernity, how do you consider those people who, even today, appreciate and desire this "superfluous element" that is decoration?

Late! All people have different evolutionary goals: I live in a capital like Vienna and consider myself almost projected into the future, but my neighbor may still be stuck in 1900 and the farmer from Kals still lives in the twelfth century. During some events, such as the Jubilee, people appeared so uncivilized even at the time of the barbarian invasions! These latecomers slow down the cultural progress of peoples and humanity, since the ornament is not only the work of criminals, but is itself a crime, as it causes serious damage to man's well-being, to the national heritage and therefore to his cultural development.

Wow, strong words! But don't you think that ornament is also an opportunity for economical development?

Far from it! Decor produces poverty. The working conditions of wood carvers and turners, the starvation wages of embroiderers and lace makers are known. The decorator has to work twenty hours to reach the wage of a modern worker who works eight. Ornament, as a rule, increases the cost of the object, however it happens that an ornate object, made of same price material which takes three times the to be done, is offered at a half price than the pure object. If I pay the same price for a simple box as I pay for an ornate one, the difference is found in the necessary time taken by the worker to finish the work. Ornament is wasted labor power and therefore a waste of health.

But not only. Changes in the ornamental style result in a rapid devaluation of the product. The working time and the used material are capital that is wasted. I coined this concept: the shape of an object resists as long, in the sense that the shape is accepted as is, as long as the object physically lasts. And I will try to explain: a suit will change shape more frequently than a precious fur coat. The woman's prom dress, intended to live only one night, will change shape more quickly than a desk. But woe to you if you have to change your desk as soon as your prom dress, because its shape has become unbearable! In that case, the money spent on that desk would be lost money.

So you are saying that decoration leads more quickly to the obsolescence of a product?

Sure. Not only. This obsolescence, as you call it, is sought after by the industry, which prefers that consumer who already after ten years finds his furniture unbearable and for this reason will want to change it; compared to the other, which only buys an object when the old one is fully used. Millions are moving through these rapid changes. This seems to be the secret of the Austrian national economy; and how frequent it is to hear when a fire breaks out: "God be praised, now people will have something to do again". But then I know an excellent remedy: set fire to an entire city, set fire to the whole Empire and everything and everyone will swim in money and well-being. We make furniture that after three years can be thrown into the stove or hardware that after four years must be melted, and here we will become richer and richer.

Forgive me, but if decoration is a problem both for processing times and for product life span: why do we insist in decorating things?
Because they give joy to those people who have no other ways of expressing themselves. I'll give you an example, if I go to the cobbler and tell him: “For a pair of shoes you ask for thirty crowns. I'll give you forty ”. In this way I took this man to seventh heaven and he will reciprocate me with work and material that, in terms of goodness, will have no relation to the higher remuneration. He is happy and is faced with a man who understands him, who appreciates his work and does not doubt his honesty. With his imagination he already sees the finished shoes in front of him. He knows where to find the best leather today, he knows which worker to entrust the shoes to, and the shoes will carry exactly as many teeth and stitches as there are in an elegant shoe. At this point I add: “But I place a condition. The shoe must be completely smooth (with no decoration)”. Now, from the seventh heaven I have plunged it into Tartarus. He will have less work, but I took away all the joy it gave him.
Cultured people should endure adornments if they delight our fellow men. I bear the ornaments of the Kaffirs, the Persians, the Slovakian peasant, the ornaments of my shoemaker, since they have no other means of expressing themselves in the highest way. We possess the art that has eliminated the ornament. The absence of ornament has made the other limbs reach unexpected heights. Beethoven's symphonies could never have been composed by a man dressed in silk, velvet, or lace.
So, according to you, is decoration a way to make those people, who have no other means of expression, happy?

Exactly. Whoever wears a velvet jacket today is not an artist, but a clown or a house painter. We have become finer, more subtle. Men who lived in packs had to dress in various colors to differentiate themselves from each other; modern man uses his dress as a mask. His individuality has such enormous force that it can no longer be expressed by the clothes he wears. The absence of ornament is a test of spiritual strength.

Modern man uses ornaments of past ages or of foreign peoples as he likes. He drives his creativity on other things.

The answers of Adolf Loos are extrapolated from his famous text "Ornament and crime" of 1913.