Could we design relationship?

News by Paola Coronel14 September 202121 September 2021
IMAGINE BEING IN AN OFFICE, WHERE EVERYTHING IS GREY: WALLS,  FURNISHINGS, FLOORING, CEILING... HOW DO YOU FEEL?
by Lucrezia Rampinini, psychologist
with Debora Rovelli, Mktg&Comm Specialist GR Group 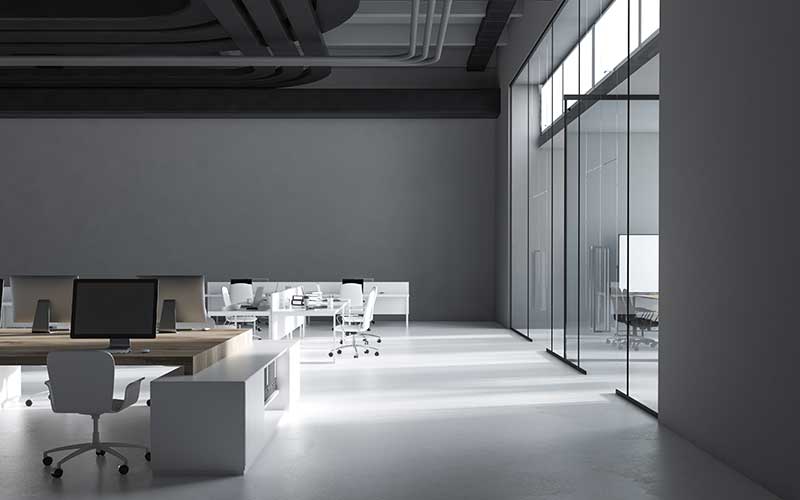 Imagine entering some corporate headquarters; you look around: everything, from the white plastered walls to the plain grayish furnishings, seems to remind you of your own utter irrelevance. How would you feel? Let us turn back time now: envision yourself reliving the very same experience; except this time around, you find yourself surrounded by a kaleidoscope of colors, shapes, objects, all carefully selected to design visual and meaningful paths. Suddenly, the world revolves around you. Why?
While decades of environmental and psychological studies have contributed to acknowledge the deep influence that spatial arrangements, amenities, and personalization have over our mood, health and general wellbeing, many other contributing factors have yet to be fully explored.
First of all, the last two years of global pandemic have thrown our world into a hyper-lapse of overwhelming transformations which have likely left us all feeling drained and lonely, single-handedly facing our own brand-new struggles. Though Covid-19 faces wide recognition as the primary trigger for the greater disruptive revolution in the history of our globalized society, the truth is that the integrity of the modern socio-economic system has always been at risk. And while all those areas of human life we were used to taking for granted are still undergoing possibly permanent shifts, it should not come as a surprise that even the very perception of space is expanding beyond its traditional boundaries, molding into new liquid and multi-disciplinary models.
Nowadays, we find ourselves leaning on the reassuring illusion of individualism brought to the extreme as the only way out of a path of growing uncertainty about our future, therefore creating fertile ground for life and consumption patterns based on our own unique traits, preferences, and needs. When it comes to space, that means letting go of any functionality-centered approach to embrace people centricity: we no longer have to adapt ourselves and our daily routines to pre-conceived, unidirectionally designed spaces; spaces themselves have been progressively adjusting to our day-to-day physical and spiritual necessities. In other words, we have come to consider the reappropriation of space one of the most powerful means for own self-assertion; as a result, living contemporary spaces entails shaping them as individual works, replacing static functionality with bright hues of spontaneity. After all, even Jeffrey C. Alexander, one of the greatest representatives of American sociology, once came to a similar conclusion, stating that space evaluation does not only imply a detached assessment of its design, but also and above all, it requires examining the extent to which it touches our humanity and incites our feelings.

In this regard, the undisputable relationship between people and their environment has long been the object of countless debates amongst environmental psychologists; basically, our neuronal substratum is profoundly influenced by our surroundings, and our actions, in their turn, transform our environment. For instance, psychological research conducted on workplaces has proven that people seem to prefer delimited spaces to trendy open spaces; that is because an enclosed space seems to offer better chances for personalization, lower noise levels and privacy. Therefore, despite the rising popularity of open spaces, these so-called “motivational factors” should not be ignored in the conceptualization of avant- garde corporate environments, which will require even more freedom and flexibility. To clarify, the absence of motivational factors does not necessarily imply dissatisfaction, but their presence surely helps fueling overall satisfaction levels. For this reason, physical environments need to be considered not only extrinsic motivators for people actually experiencing them, but also strong sources of attraction for those who are considering a change of scenery.

And if the advantages deriving from the application of the principles of Environmental and Physical Branding to corporate environments have been exhaustively clarified from an Employer Branding perspective, much more needs to be said in order to appreciate their full potential. Shifting our focus to more directly tangible benefits for companies, we could define branded spaces as socially produced and productive units; this means that companies purposely re-designing their workplaces according to people’s physical and emotional needs are able to reach a much higher competitive advantage. After all, economy itself is technically shaped around actual concentrations of people in tangible places; likewise, Environmental and Physical Branding transform contemporary companies into places that, allowing people to remain true to themselves and their own unique individualities, mobilize and attract creative and productive energy, reaching and capitalizing considerable overall economic gain.

But what does wrapping have to do with years of high concept sociological research?

The answer to that is simpler than we think. Remember our little headquarters fantasy? Let us pick up where we left off: a dull, unwelcoming corporate environment turned into an explosion of meaningful colors.

We are still missing something. A blink of an eye, and everything comes to life: those once empty walls now gather the entire history of that company. They represent the great effort required for skilled, tightknit professionals to work together towards their shared goal: growing both individually and as a team. It only took simple adhesive films, and yet we feel empowered by that strength, filled by that pride, and motivated by that enthusiasm. Relatively little time and effort resulting in the most powerful emotional impact: this alone could be considered quite an exhaustive answer to our question.

However, wrapping and Physical Branding share a much deeper relationship. With the rising political, economic and social concerns brought about by Covid-19, Corporate Social Responsibility has progressively earned a prominent spot within the creation of the so-called “New Normal”. With that being said, the association between wrapping and sustainability becomes increasingly clear: while using adhesive films has traditionally been associated with customization for both vehicles and objects, its potential in terms of protection and increased durability for furniture has yet to be entirely unlocked. An accurate representation of that potential comes from the amount of waste annually produced by renovations, which is estimated to reach a whopping 2.2 billion tons by 2025; largely made up of a wide range of materials, from wood to concrete, from bricks to metal, construction and demolition waste poses an unprecedented risk on environmental sustainability. And that is where a more widespread use of adhesive films comes in handy: not only do they wrap older furniture into a fresher look, but they also provide long-term protection and prolonged durability. This, along with the fact that wrapping does not require any heavy construction intervention, promotes a considerable reduction in both construction and overall waste, encouraging sustainability and circular economy patterns.

Finally, the time has come to answer our fundamental question: can wrapping define modern spaces? Yes, it can. In the context of Physical and Environmental branding, adhesive films effectively contribute to shaping contemporary spaces in ways which we never considered possible: from the stimulation of personalization and emotional engagement to the implementation of Employer Branding and overall corporate performance, wrapping has proven itself capable of profoundly influencing the way we live and structure our day-to-day spaces and habits, while conforming to the universal need for social and environmental sustainability.